The remains of a human moult

Thousands of Haitian immigrants in an irregular situation in the Dominican Republic were forced to return to Haiti in June 2015 after the expiry of the National Regularization Plan for foreigners (PNRE) in what had previously been a host country for them. During nine months no less than 600 families of deportees remained parked on the Haitian-Dominican South-East border near to the city of Anse-Ã -Pitres. In makinghift camps, these families had to deal with cholera, shortages water and food, and all kinds of bad weather, because their precarious situation did not allow them to return to their families. In April 2015 a collaboration between OCHA-UN and IOM allowed them to leave the camp, thanks to a donation, to revive their life away from the hell they have experienced since their deportation from the Dominican Republic. The days of the departure, many were abandoning all their old clothes. A sign in my opinion, that they want to take a fresh start. A voluntary surrender who is a hope they could now, thanks to this new possibility, forget the hell of makeshift tents and start a new life. This work is a reconstruction of their life before, which I have observed many times over several months, made with the remains of them clothes and wastes that they left behind them. 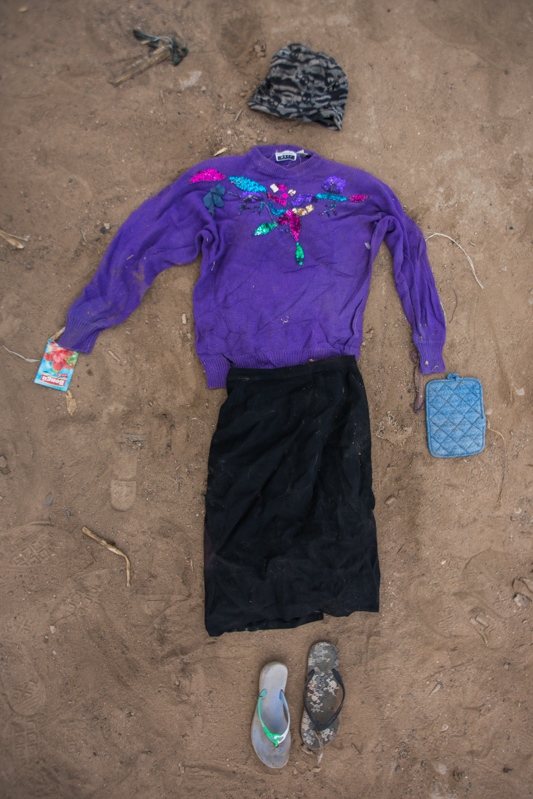 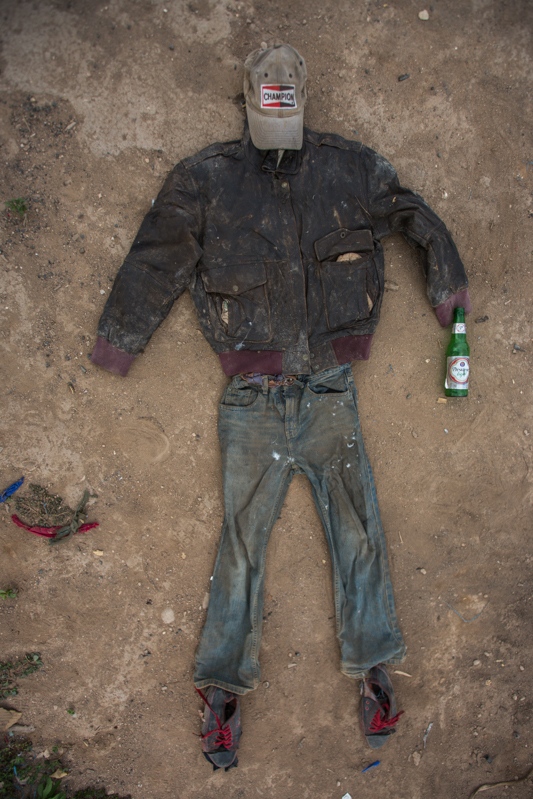 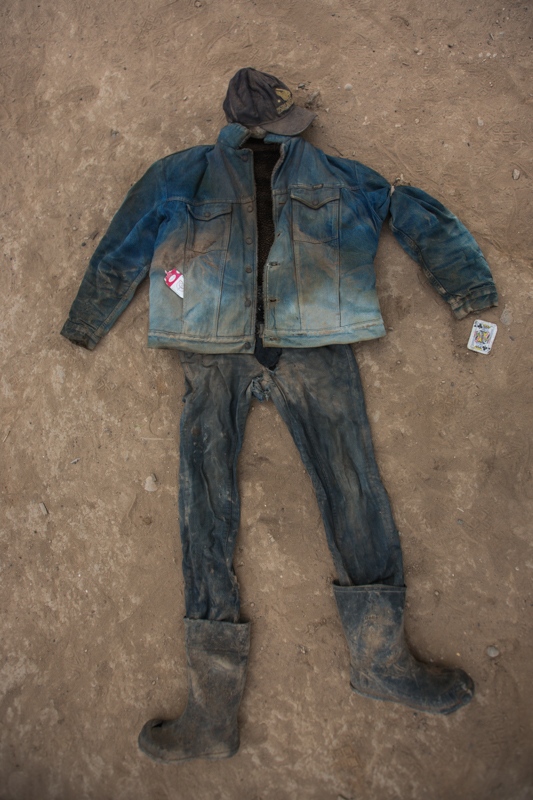 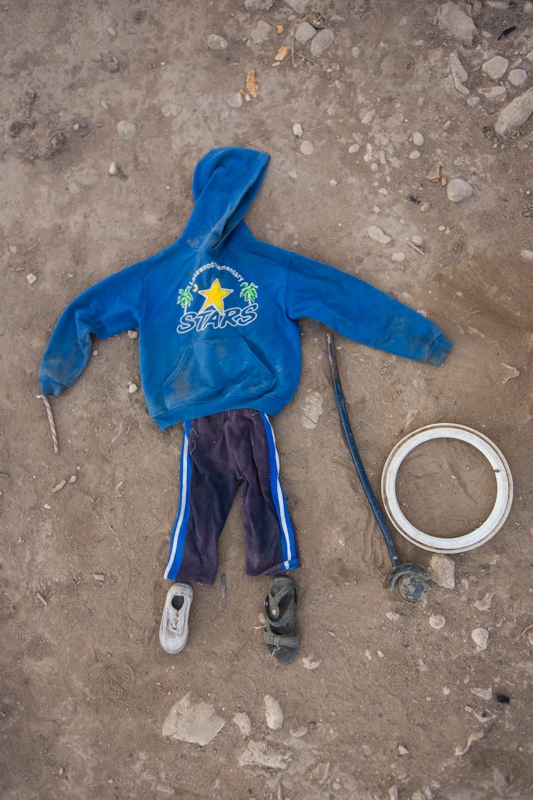 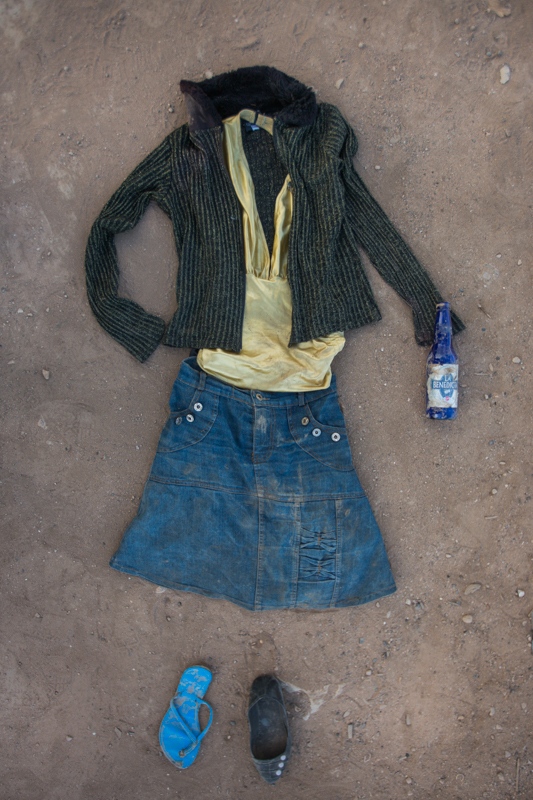 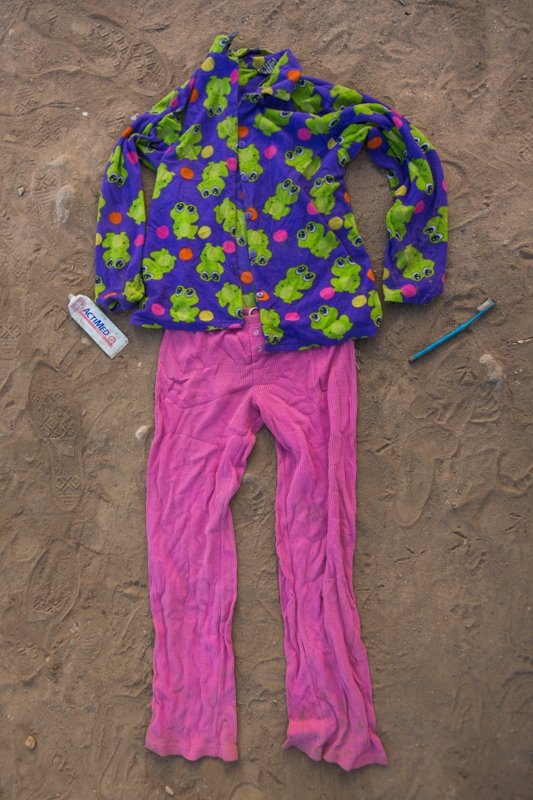 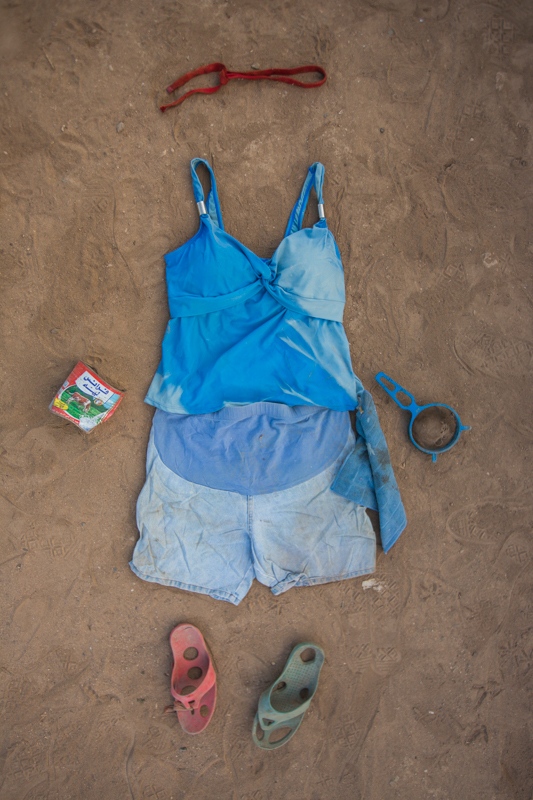 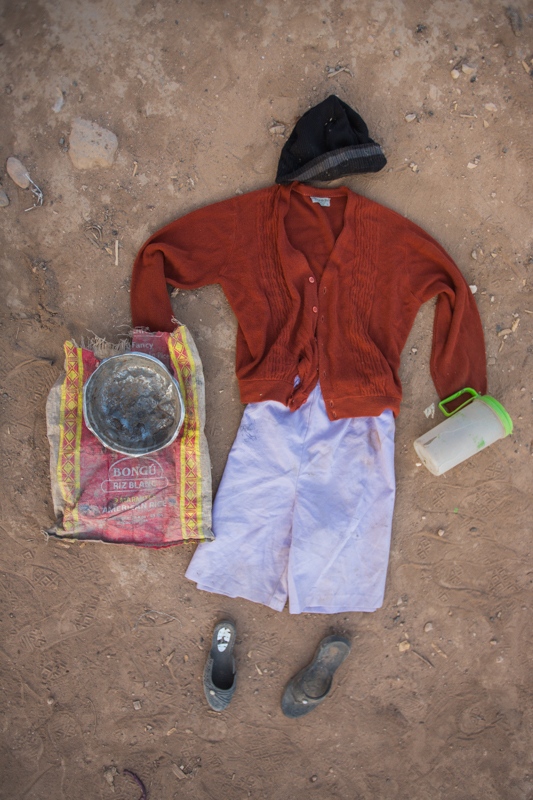 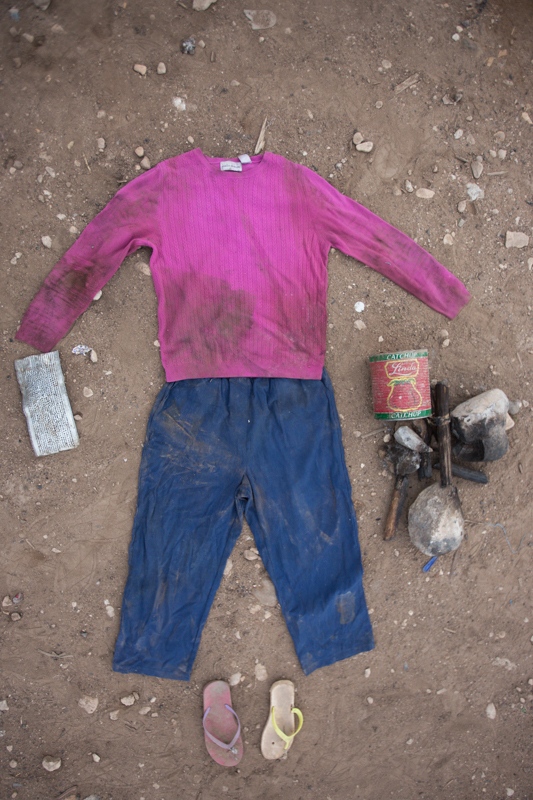 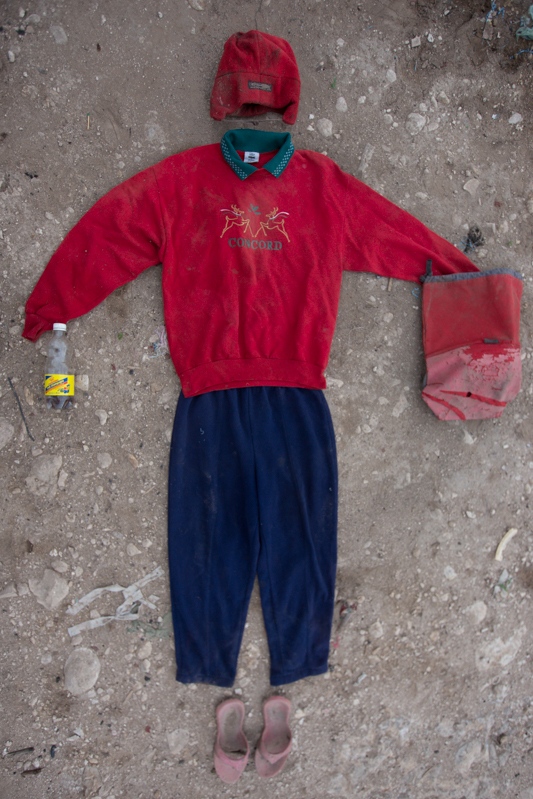 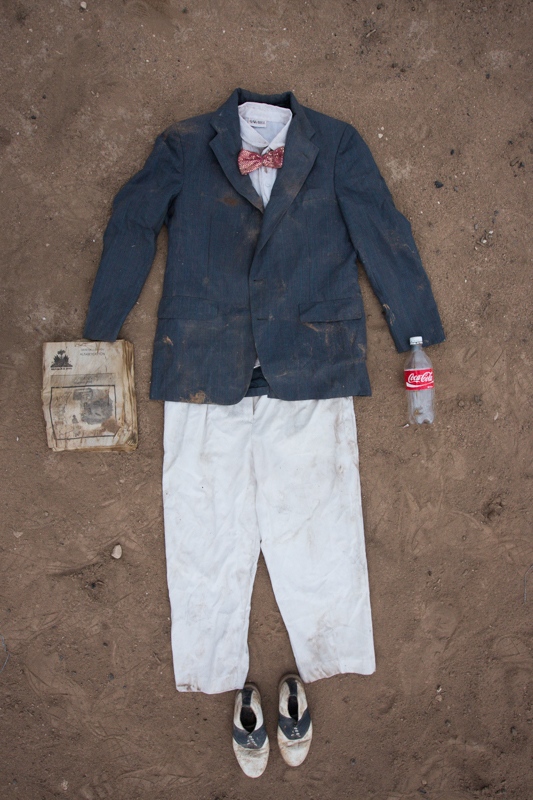 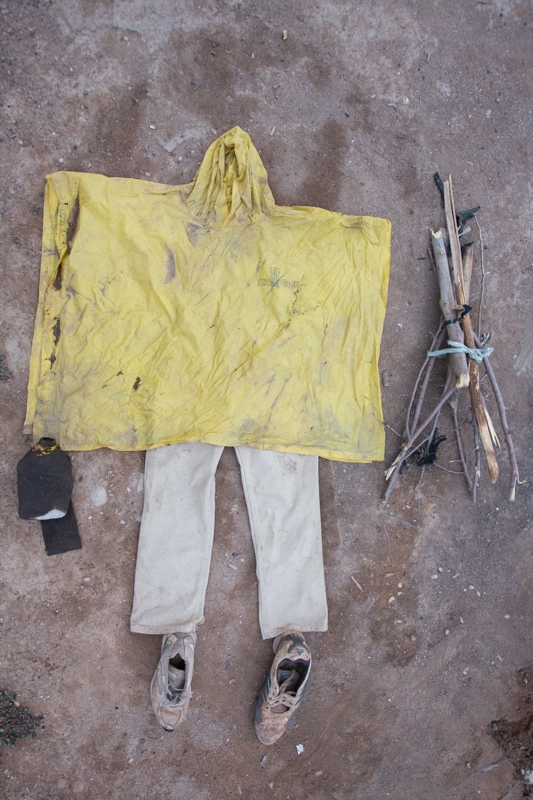